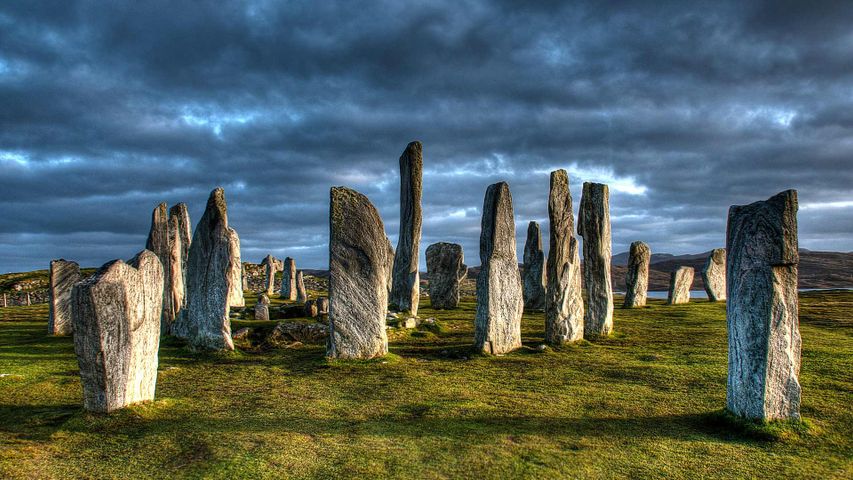 There are other standing stones on the Isle of Lewis, but none more impressive than the Callanish Stones. The entire arrangement forms a cross shape across the landscape of the island’s west coast, with the stone circle at the center thought to be the oldest portion of the pattern, erected around 2900 BCE. Historians aren’t sure what purpose the Callanish Stones served, though there are plenty of theories. Perhaps the most prominent theory suggests that the stones formed a kind of astronomical observatory. Folklore on the island includes the tale that the stones were once giants who were petrified when they refused to convert to Christianity.