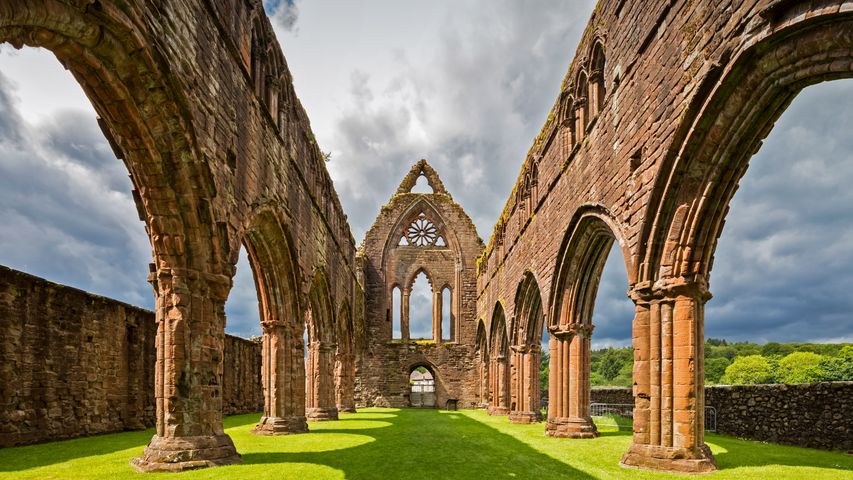 They say Paris is ‘the city of love’ but there’s a lesser-known place where love is the whole reason it even exists. We’re in a Scottish village now known as New Abbey, about 10 kilometres south of Dumfries. We’ve stepped inside the ruins of Sweetheart Abbey, the testament to a 13th-century love between a husband and wife. Founded in 1273 by ‘lady of substance’ Dervorguilla of Galloway, the abbey was constructed solely to commemorate her love for English nobleman John de Balliol upon his death in 1268.

Her devotion didn’t end there, though. It’s said she had his heart embalmed and placed into an ivory casket bound with silver. She then carried it with her everywhere she travelled for the rest of her life. Dervorguilla and the heart were eventually laid to rest alongside John at the abbey when she passed in 1290. As time progressed, sadly, the lovers’ graves were lost to war.

The ruins of Sweetheart Abbey aren’t the only remnants of this ancient love still standing today. Dervorguilla, far wealthier than her husband, paid off one of his debts after he died by founding Balliol College of the University of Oxford. She also provided the capital for a permanent endowment for the college, which still exists today—the history students' society is even called the Dervorguilla Society.