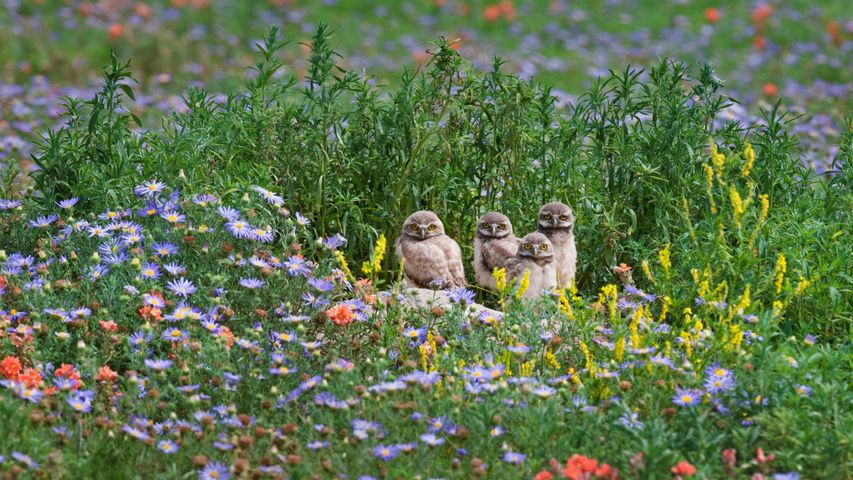 There's a lot about burrowing owls that distinguish them from their wise cousins. Instead of sleeping in trees, they make their homes in the ground, often taking over tunnels abandoned by ground squirrels or prairie dogs. They're also one of the smallest owl species, measuring 22 or 25 centimetres and weighing less than a half-pound.

And unlike other birds, their method of warding off predators is to make rattling and hissing sounds, as if they were rattlesnakes. Moreover, these owls are most active during the daytime, not snoozing as other owls do.

The burrowing owl has many neighbours here in the Pawnee National Grassland in Colorado. This internationally known birding area is home to the Colorado state bird, the lark bunting, as well as the mountain plover and several birds of prey. It's a perfect home for burrowing owls, which live in grasslands, deserts, or other open, dry areas with low vegetation.

Coloured scanning electron micrograph of a seven-spot ladybird in flight