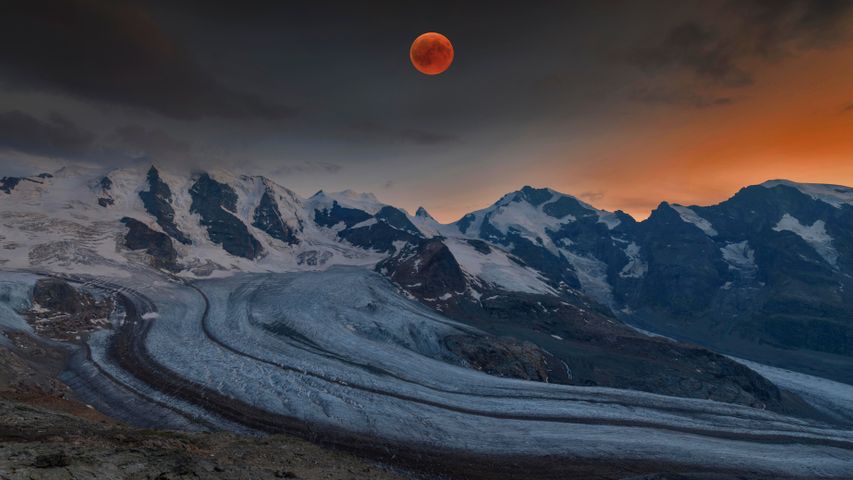 If you're lucky enough to find yourself under a cloudless sky tonight, you'll be able to see one of our solar system's great wonders, a full lunar eclipse, also known as a 'blood moon.' The spooky nickname derives from the reddish hue the moon takes on when Earth casts its shadow upon it. Featured here is a blood moon over the Swiss Alps. A full lunar eclipse occurs when the Earth and moon align perfectly with the sun, and the moon falls directly behind Earth's shadow. When Earth falls behind the moon's shadow, a solar eclipse occurs.

Tonight's lunar eclipse coincides with the 'flower moon,' the full moon of every May. Earth's shadow will gradually begin moving across the face of the moon beginning at 10:28 PM Eastern time. The moon will be in Earth's full shadow for about 85 minutes, with the peak of the eclipse occurring just after midnight, at 12:11 AM Eastern time. It can be seen from Europe, Africa, and parts of Asia, but is best viewed from North and South America. While not exactly rare, total lunar eclipses don't occur too often, and even when they do, they can be hidden by cloud cover. If you miss tonight's blood moon, you'll get a second chance this year in November. Your next chance after that will be in three years, so you might want to plan to stay up late tonight.