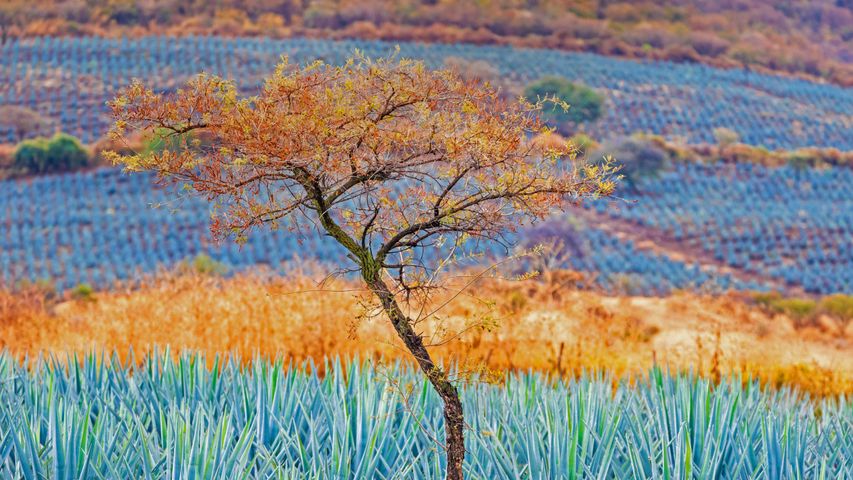 Many celebrations of Cinco de Mayo, 5 May, owe a debt to these rolling fields of blue agave, or agave azul, used to make tequila. Blue agave is native to Jalisco, a coastal state of Mexico, where it grows head-high in the rich sandy soils of Jalisco’s highlands. Its flowers are pollinated, not by bees or birds, but by the Mexican long-nosed bat, whose favourite food is the pollen and nectar of agave.

Tequila is made by roasting the heart of the plant and then crushing or squeezing it to release a sugary, clear liquid called aguamiel, which means honey water. That liquid is distilled to produce tequila. Authentic tequila, by law, can be made only in Jalisco and a few municipalities outside it, and its authenticity is protected by trade agreements.

Cinco de Mayo is sometimes mistaken for Mexico’s Independence Day, which is actually on 16 September. In Mexico, the day commemorates the Mexican army’s victory over the French Empire in the Battle of Puebla in 1862. If you toast the table with a glass of tequila, take a moment to remember the azure fields where it all started.