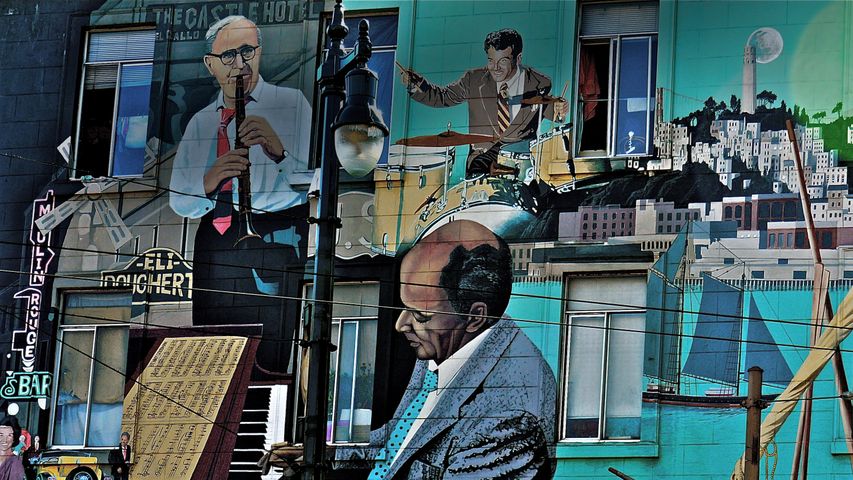 On 30 April, the world celebrates International Jazz Day, a Unesco event which honours music that unites people and cultures from all over the world. This striking mural in San Francisco, USA, was painted by the artist Bill Weber in 1987 and features leading lights of the music scene from Teddy Wilson on piano and Gene Krupa playing drums to Benny Goodman with his signature clarinet.

Jazz originated in the early 20th century as a blending of European harmonic structures and African rhythms. It grew out of ragtime and blues music among African American musicians in and around the southern US city of New Orleans, but quickly spread to other parts of the USA and eventually, around the world. Jazz has continually evolved ever since, introducing such forms as bebop, fusion, acid jazz and many more.