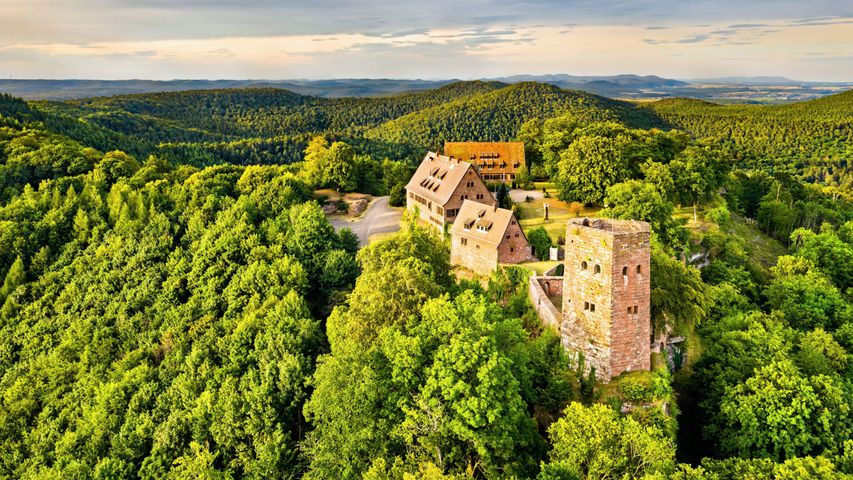 We're enjoying the view of Château de Hunebourg, nestled in a forest in the Alsace region of north-east France. The impressive castle sits on a 425-metre-high sandstone rock outcrop and is accessible from the Zinsel du Nord valley. Formerly owned by the Counts of Hunebourg, the castle was originally built in the 12th century, but very little remains from this period. It was reconstructed in a neo-Romanesque style in the 1930s. During the Second World War, it was a centre of Nazi propaganda before being sequestered. It later became a holiday resort and hotel. The building was listed as a historical monument in 2007.