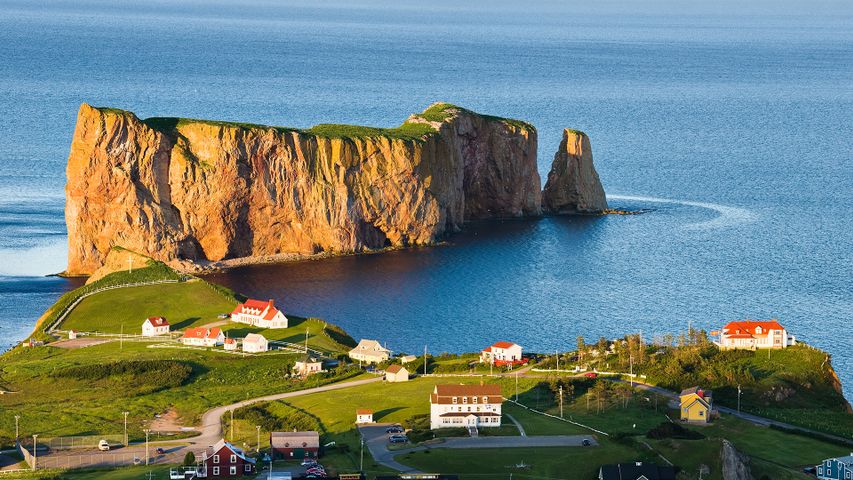 Situated in the Gulf of Saint Lawrence, on the edge of the Gaspé Peninsula in Quebec, Percé Rock is a major historic tourist attraction. It is approximately 400 million years old and measures more than 400 metres in length. Discovered by geologist Sir William Edmond Logan, the limestone monolith rock boasts among the world’s largest natural arches above water. However, due to continuous erosion from wind and seawater, it is believed Percé Rock will completely disappear in about 16,000 years. A visit to this natural wonder guarantees information on the fossils and unique rock formations out here.

View of modern buildings at sunset in downtown Toronto