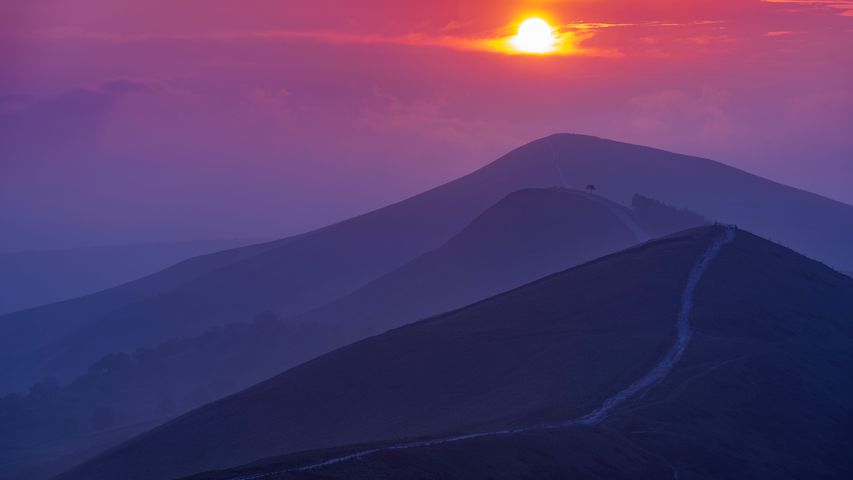 Celebrating the right to roam. The Great Ridge, Peak District

This dramatic skyline shows three of the four hills that make up the Great Ridge, one of the most popular upland walks in the Peak District. The ridge sits across the heart of the national park in Derbyshire, separating the limestone landscape of its White Peak from the gritstone of the Dark Peak and offering panoramic views across Edale and Hope Valley, across to the edge of Kinder Scout.

It was on Kinder Scout, 90 years ago today, that hundreds of men and women defied the law to walk across moorland to its plateau, at a time when areas of open countryside were closed to the public. They won much public sympathy which helped boost the ‘right to roam’ movement, eventually leading to the designation of the Peak District as the UK’s first national park in 1951.

The Great Ridge attracts hundreds of thousands of walkers each year, which takes a toll on its well-worn paths. They have recently been restored using more than 500 flagstones reclaimed from a local mill, where many of those who trespassed on Kinder Scout would have worked, way back in 1932. Ninety years later, the stones stood upon by those mill workers are now paving the access to the countryside that they campaigned so hard for.