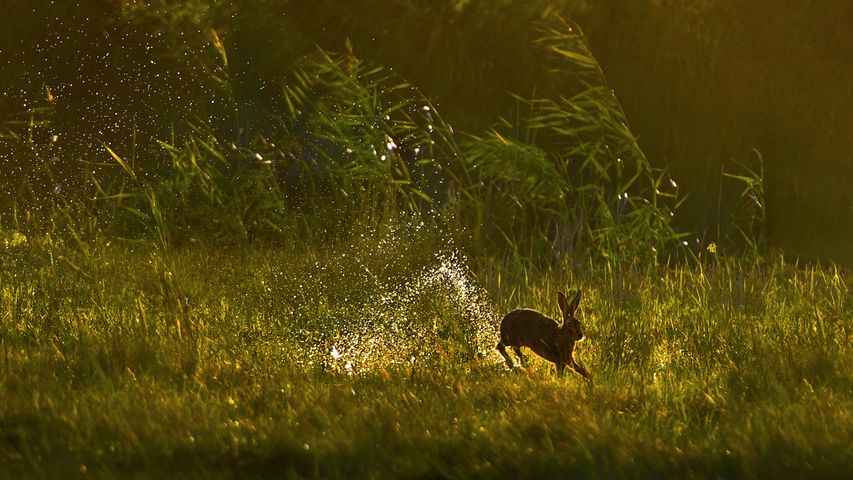 Getting a jump on spring. European hare

This European hare - also known as the brown hare - is thought to have arrived on our shores in Roman times, if not before, and has become firmly established as part of the UK landscape. Spotted in grassland and around woods and hedgerows, you’re most likely to see one in early spring when they can put on remarkable ‘boxing’ shows as they fight for attention during the breeding season. This high-spirited behaviour is thought to be behind the expression ‘as mad as a March hare’ – popularised in modern times by the March Hare character in Lewis Carroll’s classic book, Alice’s Adventures in Wonderland.

Just like the hare, we get a little more hop in our steps this time of year - and a bit more daylight as well. The clocks ‘spring forward’ in the UK tonight, so Mothering Sunday tomorrow will mean an hour less in bed. On the plus side, it will mean lighter nights ahead as we leave winter darkness behind us. In the UK, clocks always go forward one hour on the last Sunday in March and go back an hour on the last Sunday in October, so when you wake up tomorrow we’ll be back on BST (British Summer Time). Hello spring!

Aerial view of Porthdinllaen on the Llŷn Peninsula, Gwynedd, Wales