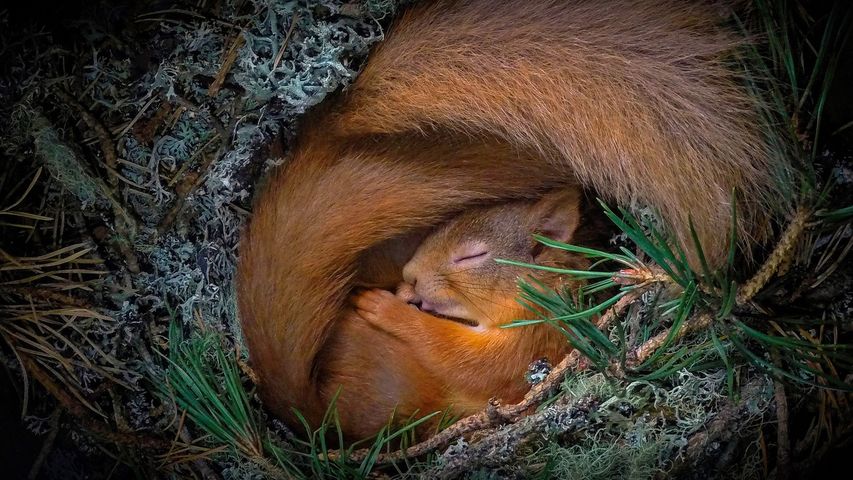 Snug as a squirrel. A cosy squirrel nest

Shhh, it’s sleeping. But don’t confuse that with hibernating. A tree squirrel, like this red squirrel in the Scottish Highlands, doesn’t hibernate during the winter. But it is particular about where it sleeps, mostly building its nest, or drey, high above the ground in holes in evergreen trees. Nests are often lined with soft materials like leaves, moss and grass. This little sleeper is using its bushy tail to keep warm, with the help of some lichen and pine needles.

In Scotland and elsewhere in the UK, the native red squirrel is threatened by the much more prominent, non-native North American grey squirrel. The greys tend to outcompete them for food and living space and carry a disease which is more harmful to reds. While there are millions of grey squirrels in the UK, it’s estimated only 120,000 to 160,000 red squirrels remain, about three-quarters of them in Scotland. Conservation efforts focus on preserving red squirrel habitat and combating the spread of grey squirrels.