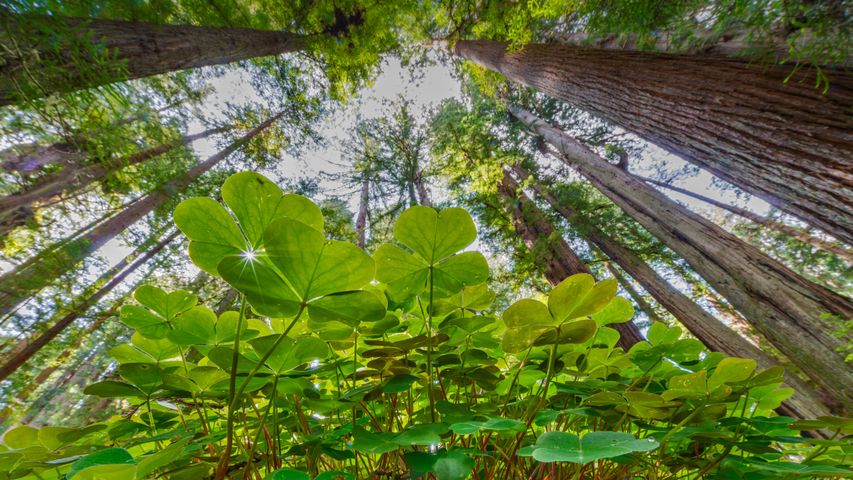 Ireland might be the Emerald Isle but this verdant leprechaun's-eye view comes from the feet of the giant sequoias of California, USA. Today is St Patrick’s Day, the patron saint of Ireland, who famously never travelled to California. Tradition has it that he died on the 17th of March, in the year 461 CE.

St Patrick is often depicted holding a shamrock, which he purportedly used to spread Christianity in Ireland, saying the leaves illustrated the Father, Son and the Holy Spirit. However, Celtic druids had revered the sacred shamrock and its three leaves long before St Patrick’s arrival in Ireland in the 5th Century.

Wherever you find yourself today, we leave you with a traditional Irish toast: May your glass be ever full. May the roof over your head be always strong. And may you be in heaven half an hour before the devil knows you’re dead.