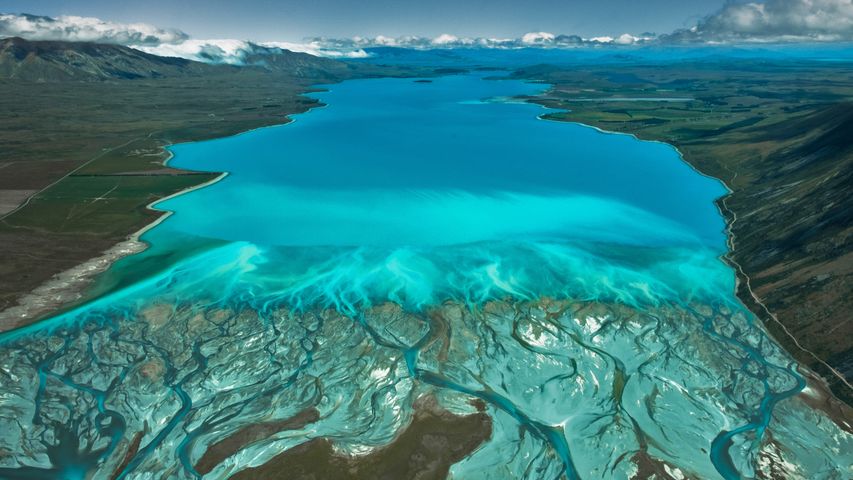 The blue waters of Lake Tekapo are caused by extremely finely ground rock particles suspended in the melted waters of glaciers in the nearby Southern Alps. Snowmelt from the range feeds two similarly stunning lakes in the Mackenzie Basin of New Zealand’s South Island, Lake Pukaki and Lake Ōhau, which share their neighbour’s remarkable turquoise colour and mountainous backdrops. New Zealand’s highest peak, Aoraki/Mount Cook, reigns in Aoraki/Mount Cook National Park, seen in the background of this image.

The name Tekapo is a misspelling of the Māori word Takapō, which means ‘to leave in haste at night’. But if you are one of the region’s many visitors, you may find the nighttime even more mesmerising than the day. Lake Tekapo is a certified Dark Sky Reserve, one of the world’s largest. With night skies almost completely free of light pollution, stargazing doesn’t get much better than here. If that’s not reason enough to stay the night, the area’s abundant skiing and fishing opportunities might be. There’s certainly no need to leave in a rush.