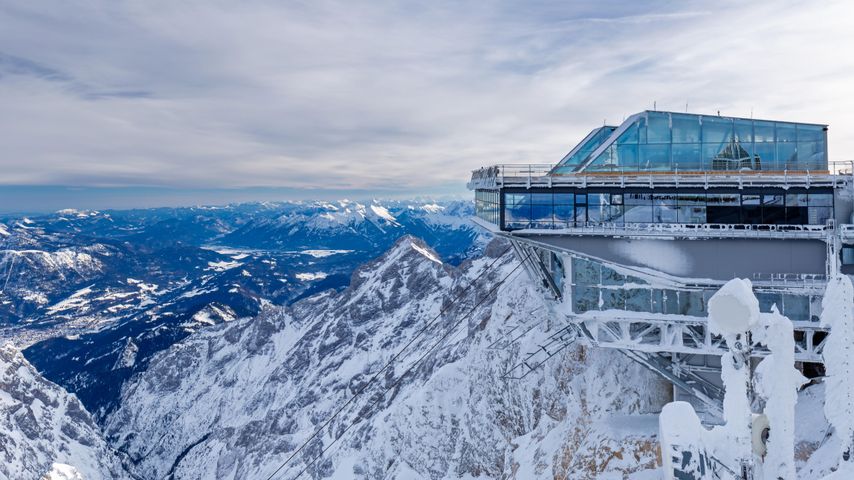 Today we're on top of the tallest mountain in Germany. The Zugspitze rises nearly 3,000 metres above sea level and is the highest peak of the Wetterstein mountains. It lies in the Bavarian Alps, just south of the town of Garmisch-Partenkirchen, with the Austria–Germany border running over its western summit. The Zugspitze was first climbed in 1820, and many paths lead to the top. But a lot of visitors prefer to rest their feet and take a cable car to the summit instead. Once there, you can enjoy breathtaking panoramic views of more than 400 peaks in Germany, Austria, Switzerland and Italy.