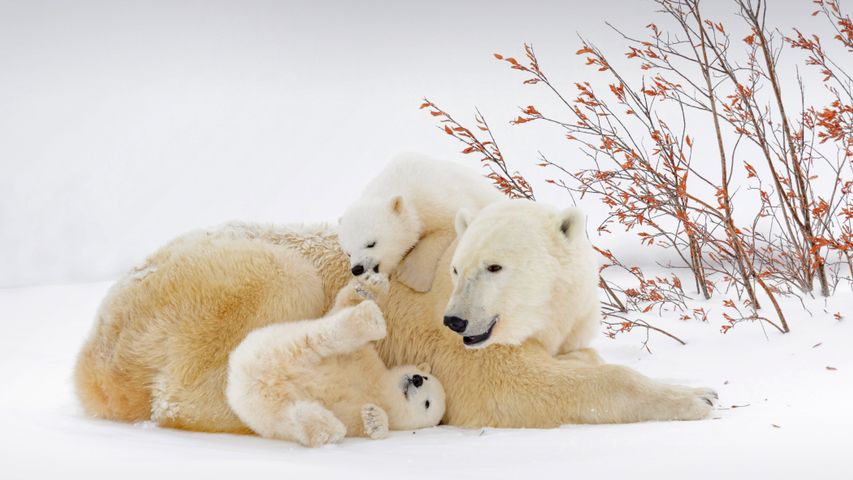 A day for those who rule the north. International Polar Bear Day

Today we celebrate International Polar Bear Day to spotlight efforts that protect these charismatic but vulnerable animals. Perhaps no other creature is as emblematic of climate change as polar bears, the apex predator of the Arctic. As the planet warms, their fragile habitat shrinks.

In the fall, after the ice floes have diminished, making hunting more difficult, a pregnant female polar bear will dig a maternity den, usually in a snowdrift. She lies dormant there through the winter before giving birth sometime between November and February. The cubs, born blind and with only a light layer of fur, weigh just about a pound at birth. In the cold Arctic winter, the newborns would suffer outside the protection of the den, so they rest there with their mom, growing rapidly on her fat-rich milk until the young family breaks open the entrance to the den sometime in early spring.

This mother and her cubs are enjoying a spring day in Manitoba, Canada, in Wapusk National Park, where the Arctic tundra yields to a boreal forest. Wapusk is one of the largest polar bear denning areas in the world and is critical to the survival of a population of about 1,000 bears who roam the western side of Hudson Bay.