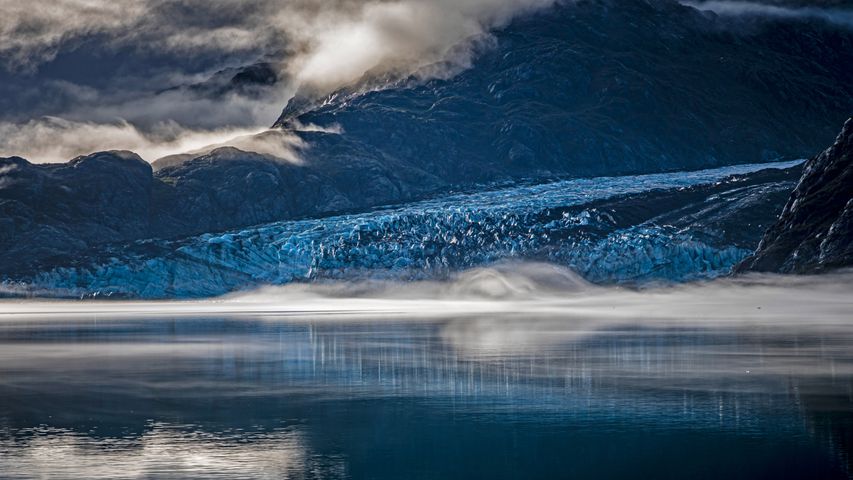 Think of this special spot as the place where two different Alaskas meet – its vast icy north and its verdant maritime south. Glacier Bay is named for this area’s dominant feature, the rivers of ice that carve the landscape and periodically calve icebergs into the sea. On February 26, 1925, US President Calvin Coolidge declared much of the land around the bay a national monument. But the protected area was greatly expanded in 1980, when a 3.3-million-acre expanse of glaciers, fjords, rainforest, coastline, and mountain peaks was named a national park and preserve.

Pictured here is Lamplugh Glacier, one of the relatively few tidewater glaciers in the park; the vast majority are found inland. Lamplugh is known for its intense blue colour – ice and water absorb the red wavelength of white light and transmit blue light, which is what we end up seeing. The thicker and purer the ice, the bluer it appears.