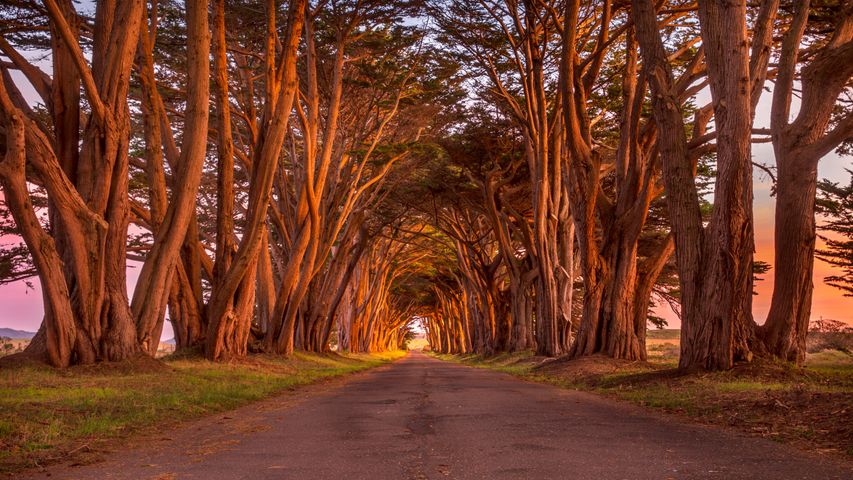 A tunnel to the past. Point Reyes National Seashore

This evocative photo of a cypress-lined road was taken in Point Reyes National Seashore, a marine and coastal reserve in California. A portion of the park preserves the marine habitat in the harbours along the coast of the Point Reyes Peninsula. Inland, the area’s grasslands, marshlands, and wooded uplands present a notably diverse collection of landscapes—including the cypress tunnel.

It's worth noting that at the end of this tree-lined cul-de-sac is an old ship-to-shore radio station known as KPH. It's mostly a historic site that still broadcasts locally but was once a vital communications relay for the many ships that passed by Point Reyes, especially during World War II.