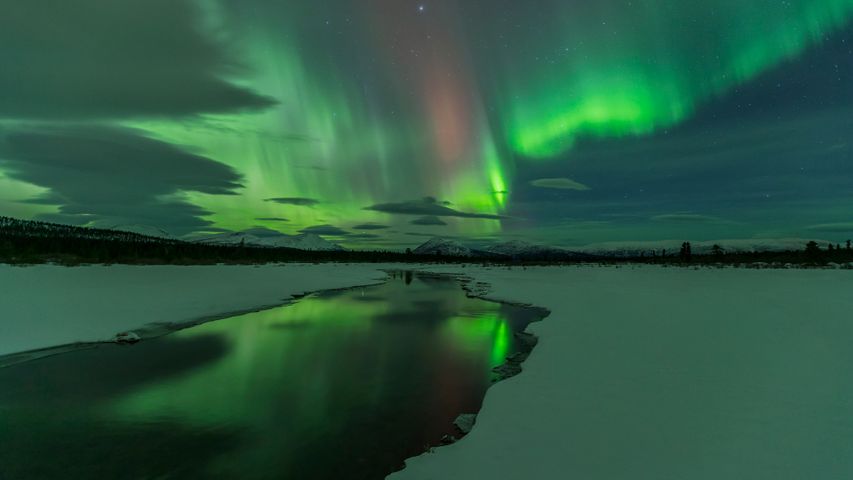 This spectacular display of lights is known as Northern Lights or aurora borealis. The auroras come from the upper atmosphere of the Earth’s surface – the ionosphere. The radiant colours emerge when the energized electrons from the sun enter and collide in the Earth’s atmosphere. The most common shades are green and pink, however, aurora borealis can appear in a range of colours. The Yukon, Nunavut and Northwest Territories are notably the best places to catch this spectacle as the lights appear in high latitude places with a dark night sky.

Northern lights near Whitehorse in Yukon