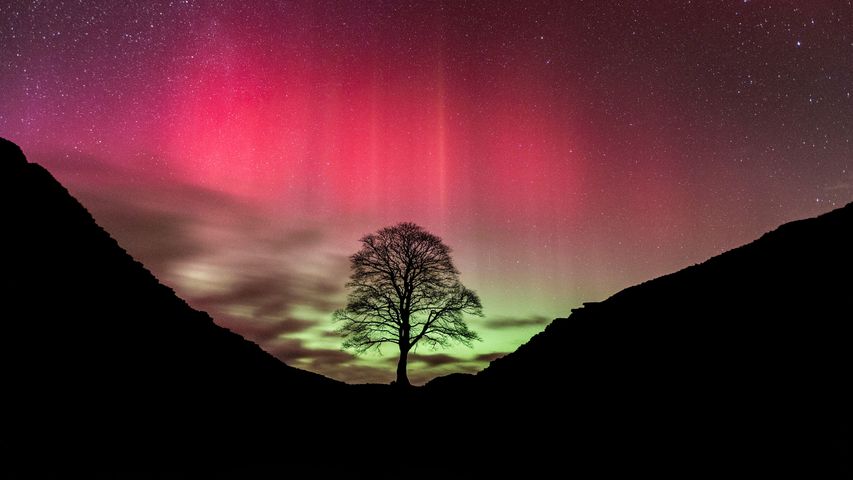 The Northern Lights have set the sky alight with colour here at the famous Sycamore Gap, in Northumberland, England’s most northerly county. This sycamore tree has been keeping a lonely vigil for hundreds of years at the bottom of a steep dip in Hadrian’s Wall, the 73-mile-long fortification built to mark the north-west frontier of the Roman Empire. Silhouetted against the sky, it is said to be the most photographed spot in Northumberland National Park.

This part of Northumberland is also home to Europe’s largest area of the protected night sky and England’s first and largest dark sky park. In February, it hosts a dark skies festival, with activities, talks, and an exhibition to entice visitors to venture out after dark. Very low levels of light pollution in this area make it a popular destination with stargazers who can see the Milky Way - and sometimes the neighbouring Andromeda Galaxy - with the naked eye on a clear night. The Northern Lights, a celestial light show caused by charged solar particles hitting Earth’s atmosphere, are a rare treat for the lucky ones. But this iconic sycamore is here in all atmospheric conditions, ready for its close-up.