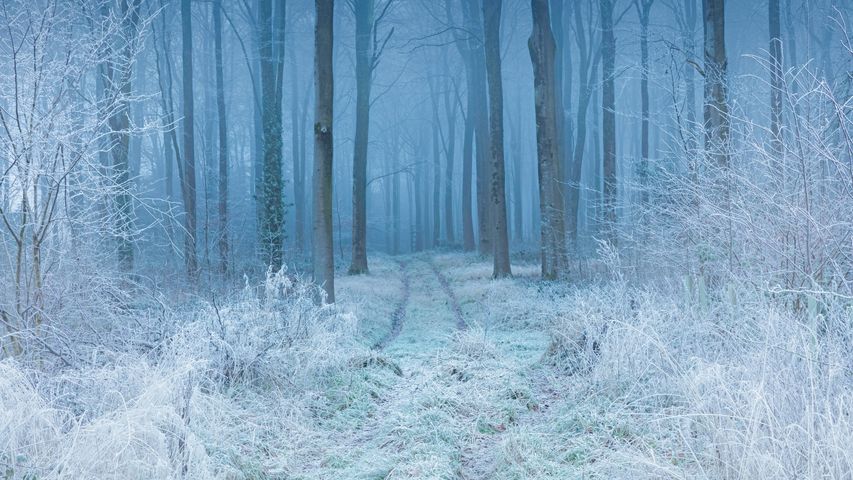 If this looks to you like the setting of a fairy tale, you're not alone. England's Cranborne Chase has long inspired writers and painters, and it's been designated a national protected area because of its natural beauty. It may be especially beautiful in winter, when the trees and shrubs can be coated with hoarfrost, an uncommon type of frost that forms when water vapor turns directly into ice, skipping the liquid stage.

Cranborne Chase is a plateau in southern England touching the counties of Dorset, Hampshire, Somerset, and Wiltshire. These 380 square miles of diverse countryside include rolling grasslands, river valleys, hillsides, and ancient woodlands. The area has been inhabited since the Stone Age, and for centuries was a royal hunting ground—in fact, the word 'chase' derives from these hunts. Today, while Cranborne Chase is protected from most new development, it's not a wilderness—nearly 90% of the land is used for farming and more than 30,000 people live here.