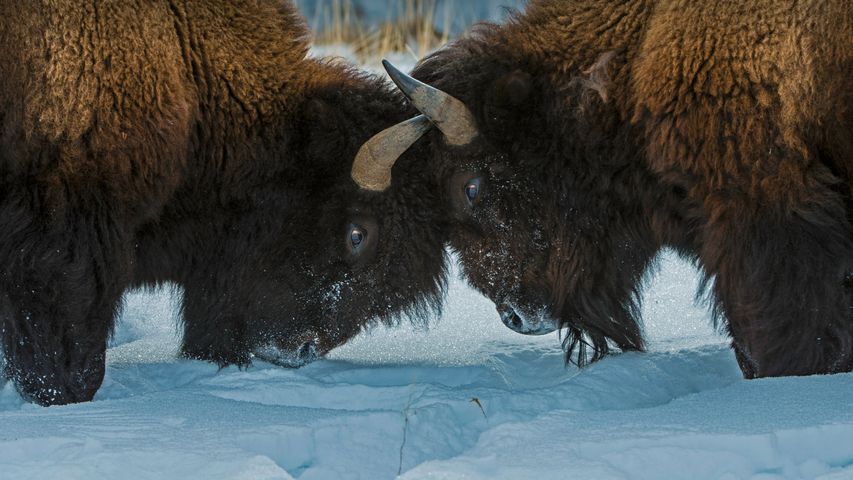 Although American bison live and defend themselves as a herd, these two don’t appear to see eye to eye. With their massive heads, they're natural stand-ins for the helmeted human titans facing off in the stadium today for Super Bowl Sunday.

The iconic bison are the largest terrestrial animals in the Americas and living symbols of Yellowstone National Park, home to the duelling duo seen here. Yellowstone is the only place in the U.S. where bison have roamed continuously since prehistoric times. Bison numbered around 60 million in the late 1700s as vast herds covered the grasslands of the continent. But they were driven to near extinction in the 19th century by hunting and disease. Conservation efforts have brought their numbers in the wild up to about 31,000 today.

At full sprint, bison can run up to 55 kmph even though they can weigh over a ton. Big, fast, and strong, these heavyweights are built for the Great Plains.