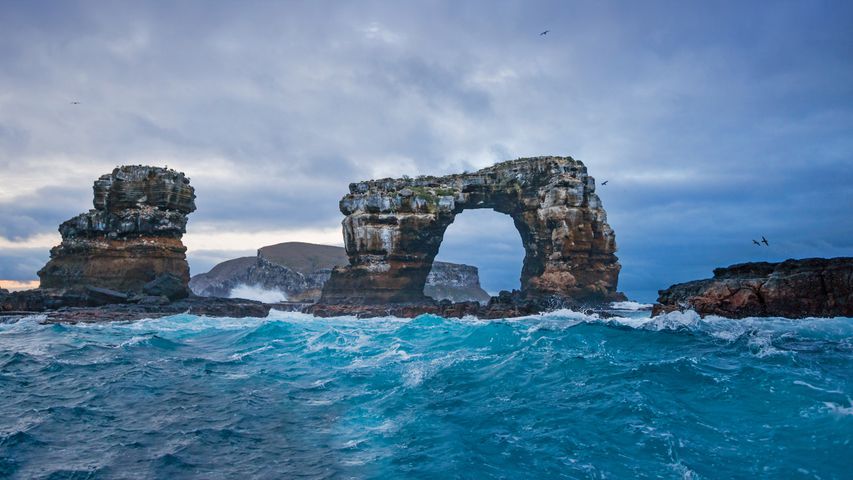 On Darwin Day, we visit Darwin's Arch, named for the famous English naturalist Charles Darwin, who was born on this day in 1809. The last time the sea arch looked as it does in this image was May 17, 2021. That's when it collapsed due to natural erosion and became a pile of rubble between what is now two pillars. Some locals and scientists have renamed the rock formation the 'Pillars of Evolution,' a nod to Darwin's theory of evolution by natural selection.

Sea arches are found all over the world, often where cliffs meet the sea. They're formed as waves erode the underside of a rock, leaving the top. Darwin's Arch is located southeast of Darwin Island, one of the Galápagos Islands in the Pacific Ocean.