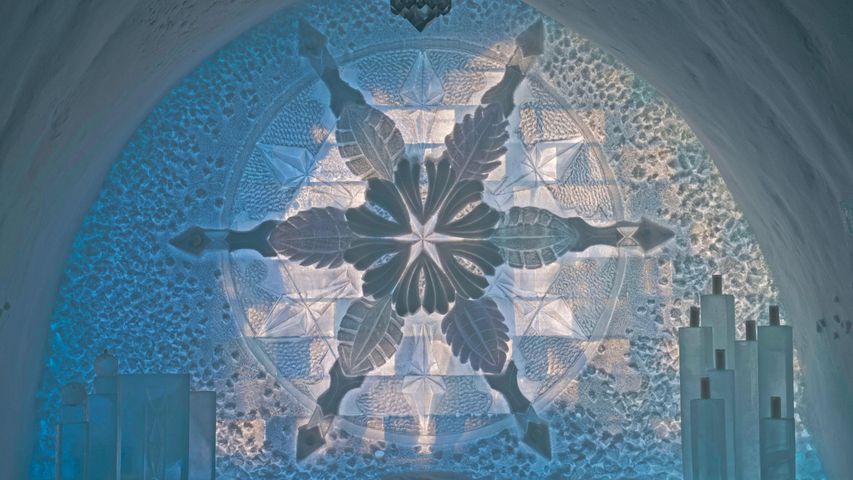 Rebuilt every winter since 1989 in the northernmost county of Sweden, the Icehotel in Jukkasjärvi is not only one of a kind each year, but the first of its kind established. Other ice hotels can now be found in Norway, Finland, Canada, Romania, and elsewhere, but this one is still the largest: The ice blocks harvested from the nearby Torne River to build the Icehotel weigh 2 tons each.

The hotel began as an art gallery and stays true to those roots, bringing in a new group of creatives each year to design guest rooms and other ornate spaces. Pictured here is the 2018 design of the Ceremony Hall, complete with 'stained glass' made of carved ice. The ever-changing space has become a popular venue for winter weddings.

Speed skaters training at the Gangneung Oval on February 4, 2018, in Pyeongchang, South Korea