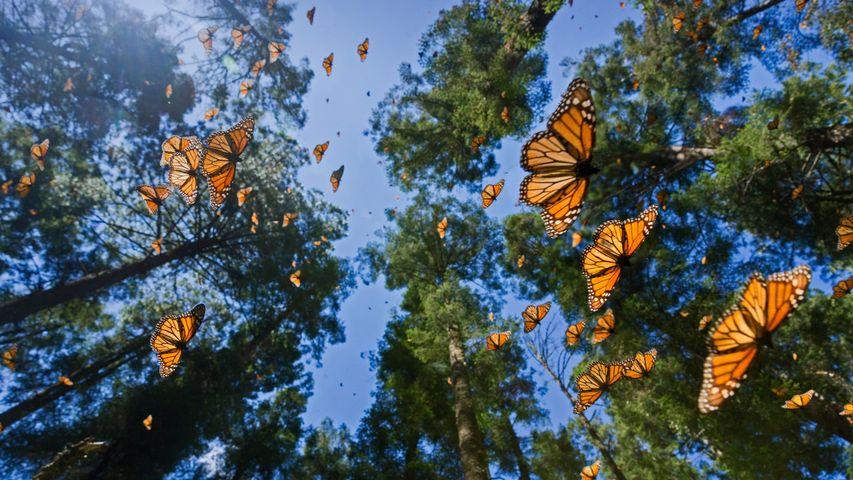 Every year, one of the most spectacular natural phenomena in Mexico takes place in the forested mountains west of Mexico City. Between mid-January and late March, colonies of monarch butterflies migrate here from colder northern climates to find warmth and begin their breeding season. These huge flying colonies can contain as many as 20 million monarchs, which make use of air currents to travel as far as 100 nautical miles per day.

Upon arrival in the Mexican state of Michoacán, they'll settle into the forests of fir trees like those shown here, before finding their way to milkweed plants to mate and lay their eggs. The eggs will hatch after just a few days, leaving the offspring to feast on the milkweed before eventually transforming into the next generation of adult butterflies. Once the winter breeding season is over, the newly hatched monarchs will start the annual migration cycle over again, taking to the air for the long trek back north.