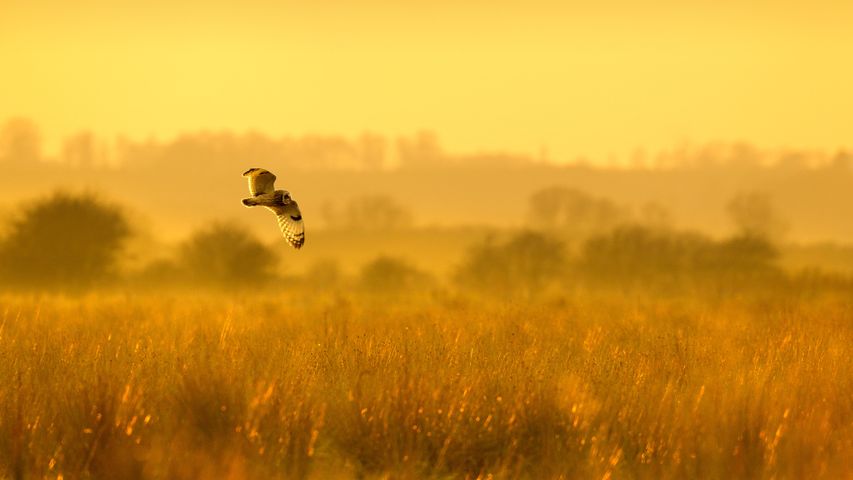 On the hunt. Short-eared owl

Silently swooping over the Lincolnshire countryside, this short-eared owl is searching for its next meal. Unlike other owls, it is often spotted hunting during the day, flying low over moorland, grassland and saltmarshes. Named after the tiny and inconspicuous tufts on top of its head, this golden-eyed bird is affectionately known as a ‘shortie’. In England, numbers of short-eared owls are boosted in the winter by an influx of birds migrating from Scandinavia, Russia and Iceland.

Over the next few days, around one million people across the UK are expected to take part in the Big Garden Birdwatch, one of the world’s largest wildlife surveys. Beginners and experts alike grab their binoculars and spend an hour counting birds in their garden or nearby green space. The records provide a snapshot of the UK’s bird populations each winter.