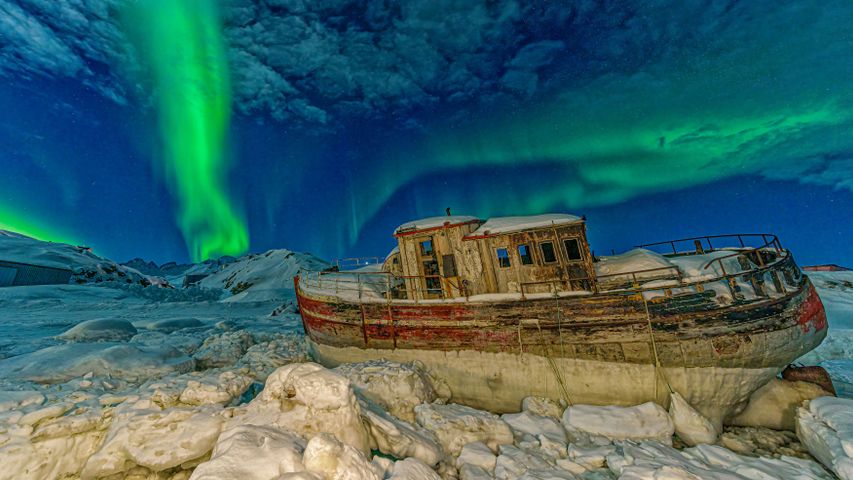 It's said that Erik the Red gave Greenland its deceptively pleasant name to draw unwitting settlers to the snowy subcontinent. The Viking leader wasn't totally fibbing, though: Greenland can turn pretty darn green when the aurora borealis gives the glaciers a glow-up.

This verdant display was captured in Tasiilaq, the largest settlement on the island's east coast. Though Tasiilaq is home to fewer than 2,000 people, it's one of Greenland's fastest-growing towns. Plus, regular plane hops from Reykjavik, Iceland—about 500 miles east—add the occasional cold-tolerant tourist to the population.