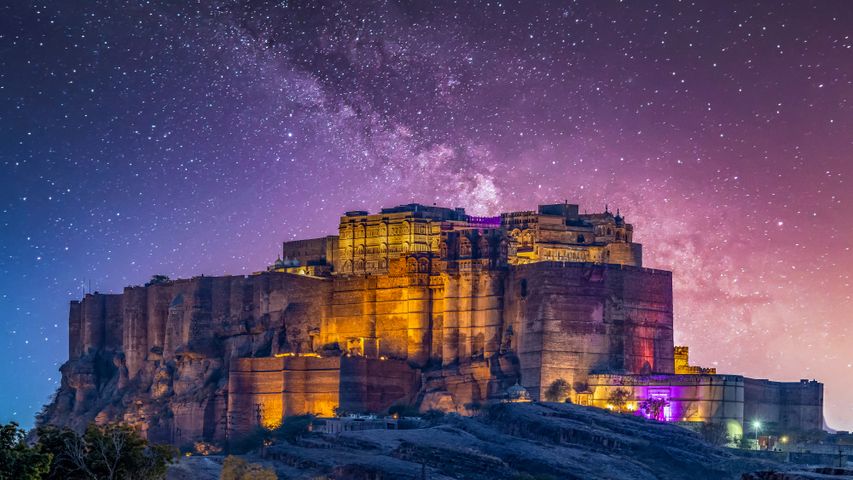 The Citadel of the Sun. Mehrangarh Fort

You are seeing the magnificent Mehrangarh Fort in Rajasthan, India. It stands on a rocky hill about 400 feet above the surrounding plain and appears both to command and to meld with the landscape. The foundation stone for the fort was laid in 1459 AD by Rao Jodha, a famous king of the former princely state of Marwar. He belonged to the Rathore clan of Rajputs, who were believed to be the descendants of Mehr – the Sun. Rao Jodha named the fort Mehrangarh – the Citadel of the Sun. The fort was expanded by successive rulers over 500 years.

Known for its beautiful architecture, Mehrangarh Fort is considered one of the most impressive and best-preserved forts in India and has been attracting tourists from across the globe.