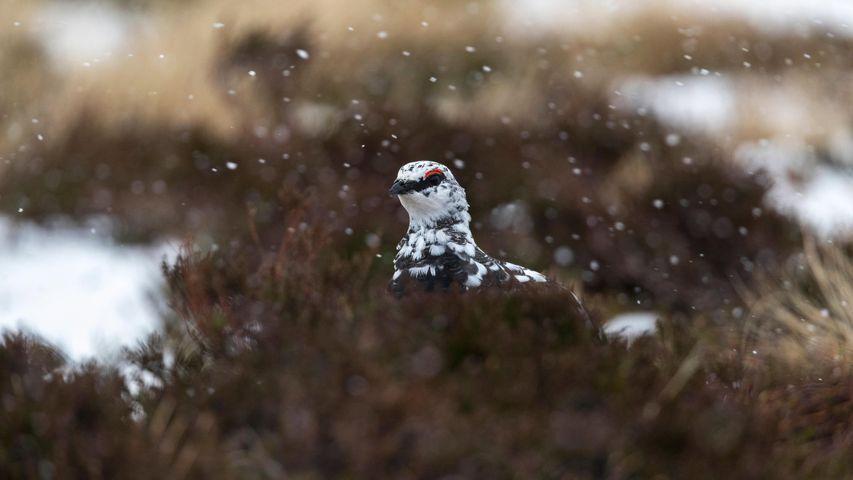 Few animals stick it out through winter in the highest peaks of the Scottish Highlands, one of Britain’s coldest and toughest habitats. But those that brave the icy winds have the place largely to themselves, with little competition and few predators. Among these hardy creatures is the ptarmigan, the only British bird to turn white in the winter, which runs across dense snow on feather-covered feet, insulated by its thick plumage.

In this hostile environment, ptarmigans scratch away at the snow with their feet to find vegetation to eat and create burrows in snow drifts to shelter from the worst of the weather. Unique among British birds for its three different colour changes, the ptarmigan goes from being snow white in winter to brown in the spring, then grey in the autumn. This seasonal change helps it to blend into the changing environment and hide from golden eagles, one of the few predators to threaten it this high up.

While the ptarmigan is tough, it is under threat and was recently moved onto the UK’s ‘red list’, the highest conservation priority, by RSPB Scotland. There are concerns its numbers have fallen 81% since 1961, and while the reasons are not yet clear, climate change threatens to reduce its - already limited - alpine habitat even further.