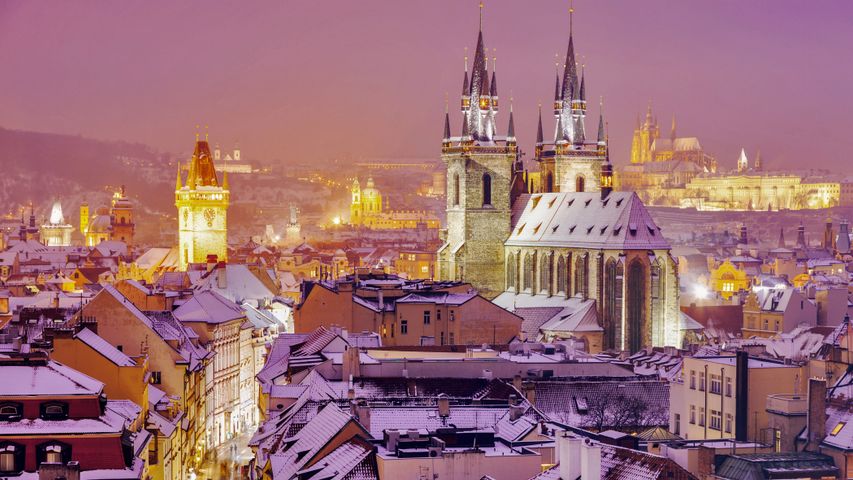 As a haze of blowing snow diffuses the streetlights of Prague, try to count the steeples, belfries, turrets, and towers that make up the Czech capital's skyline. You may lose count like 19th-century travel writers did when they dubbed Prague the City of 100 Spires. The number is closer to 500 currently.

A few 'points' of interest: The Church of Our Lady before Týn in the foreground boasts 18 spires total between its two towers. Looming behind it is Prague Castle, built starting in the year 870 and considered the world's largest ancient castle. And the Old Town Hall, its clock tower brightly lit at left, houses an even more impressive timepiece at its base in the city square: The Prague Orloj, the oldest working astronomical clock, which has tracked celestial movements since 1410.