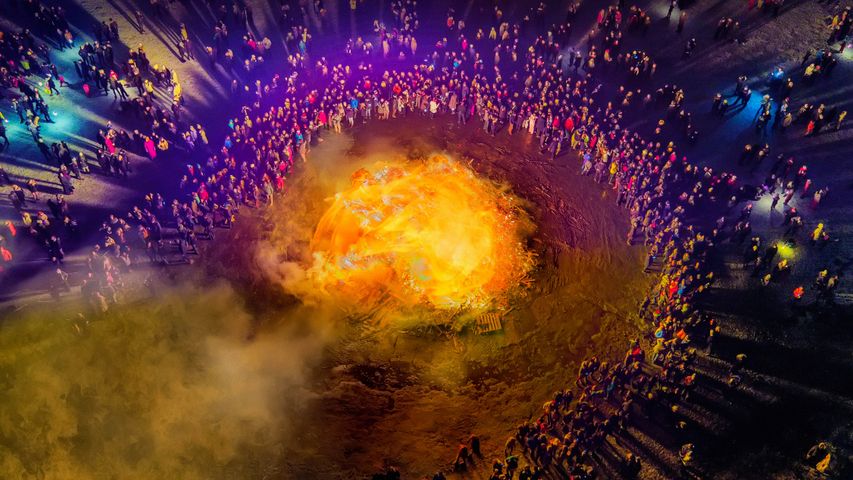 Iceland is known as the land of fire and ice thanks to its volcanoes and glaciers, but its midwinter celebrations are also a fiery affair. The tradition of New Year's Eve bonfires is said to have begun in the 18th century, when a group of schoolboys set light to a huge pile of wood scraps to see in the new year. The unruly teenagers' celebration sparked the general public's interest and annual fires - like this one in Reykjavik - became an Icelandic tradition. Let’s all huddle up to the fire and raise a warm toast to the new year!

Fireworks in London for the new year