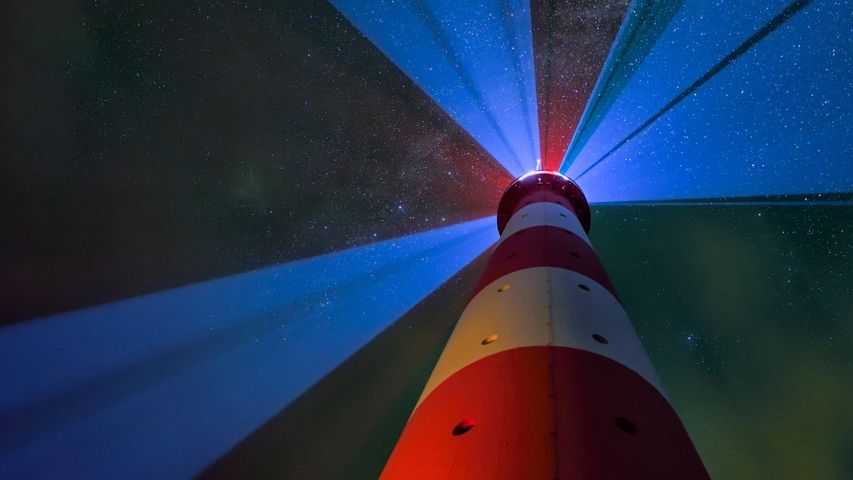 Stargazing by the shore. Westerheversand Lighthouse

Even in the places most altered by humans, nature seems to slip through, like the Milky Way shown here peeking between light beams from Germany's Westerheversand Lighthouse. This beacon lies along the Wadden Sea, which forms the world's largest tidal flat along the Dutch, German, and Danish coasts.

This soggy low country was once prone to deadly flooding, but over time, locals have moved earth and sea to reinvent the coastline with dikes, causeways, and artificial islands. You may not guess it by the thousands of species of seabirds, shellfish, and other lifeforms that thrive here, but this UNESCO-recognized biosphere is one of the most engineered locales on Earth.

Shooting complex at the Royal Artillery Barracks in London, England