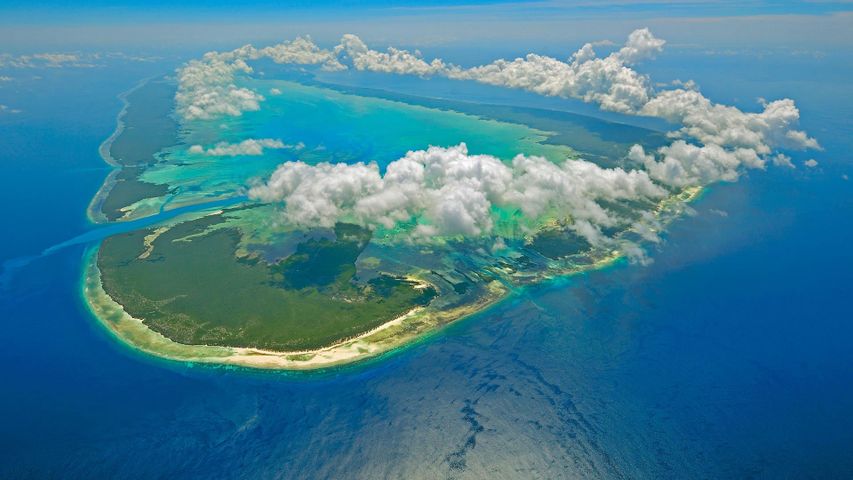 Just a dozen humans currently reside on Aldabra, a remote island in the Seychelles archipelago. They’re part of a scientific research project, studying the island’s unique ecosystem. Aldabra is the second-largest coral atoll on Earth, and its isolated position in the Indian Ocean means the island habitat has developed with little human influence. It’s also home to a growing population of Aldabra giant tortoises. Unlike other Indian Ocean tortoise species, which were driven to extinction by European sailors, the Aldabra tortoises have been protected since the late 19th century.