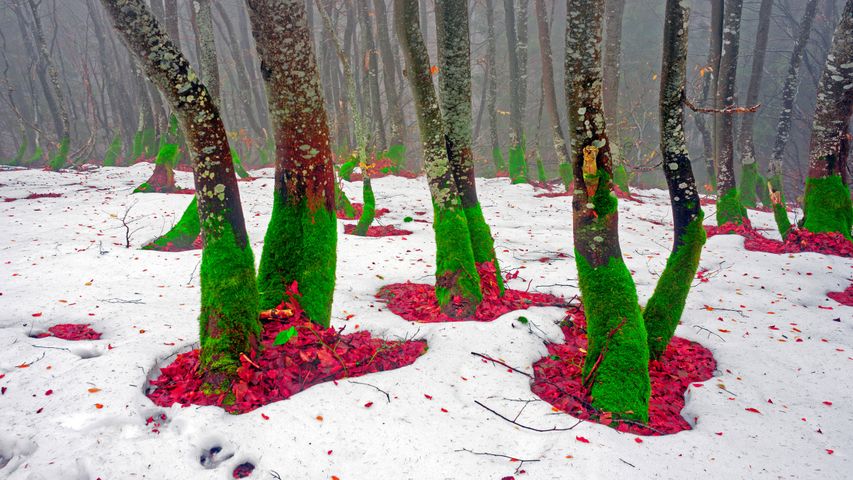 For Christmas Day, we're taking in the winter views on Mount Khomyak in Ukraine's Carpathian Mountains. The bright green moss and the red of the fallen leaves pop against the snowy white, as though the forest were transforming into a magical band of Christmas elves. While much of the Christian world celebrates Christmas on December 25, for those who follow Eastern Orthodox Christian traditions—including many Ukrainians—Christmas is still a couple weeks away. Eastern Orthodox Christmas celebrations are tied to the Julian calendar, which is 13 days behind the more universal Gregorian calendar, so Christmas Day in Ukraine will be celebrated on January 7.

In many Eastern European cultures, a traditional Christmas Eve dinner consists of 12 meat-free courses meant to symbolize the 12 disciples of Christ. For the Ukrainian feast, kutia, a sweet wheat grain pudding, is a star of the meal—other dishes may include braided bread, fish, and soup. The meal begins when children spot the first star that appears in the night sky. Christmas Day is typically spent in church services and with family.

If you're celebrating Christmas—either today or in 13 days—we wish you a merry one.