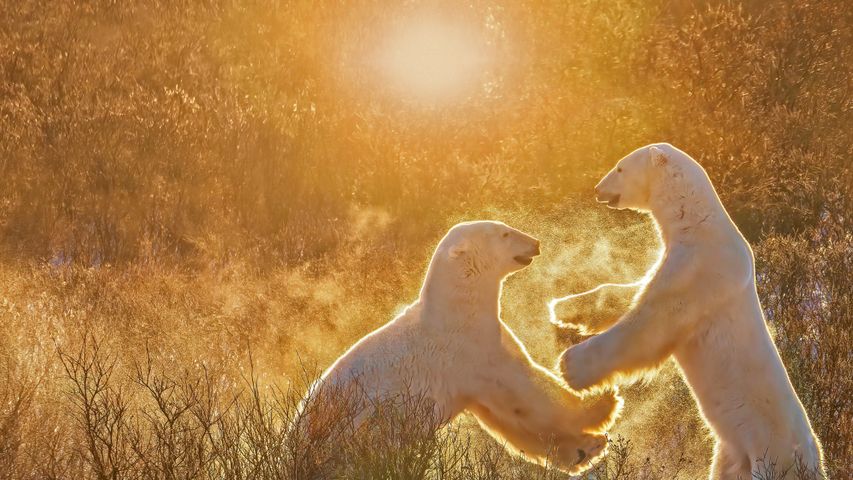 A Festivus for the fuzziest of us. Festivus

For polar bears, the airing of grievances is a feat of strength in itself. These big fellas are frequent sights here in Churchill, Manitoba, where hundreds of bears converge in the winter to hunt, but we're still calling this light-bathed snapshot a Festivus miracle!

December 23 marks Festivus, a tongue-in-cheek observance created by writer Daniel O'Keefe. At first an O'Keefe family inside joke, Festivus was rebranded as a rejection of Christmas-season commercialism and written into a 1997 episode of 'Seinfeld' by Daniel's son Dan. The show introduced such goofy new traditions as the Airing of Grievances, Feats of Strength, and the obligatory Festivus decoration: an unadorned aluminum pole on a wooden stand.