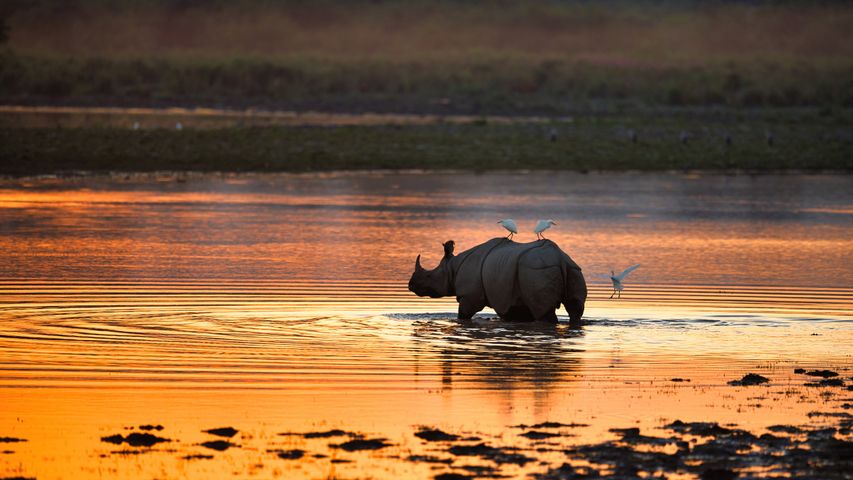 The Indian rhinoceros, also called the greater one-horned rhinoceros, is native to the Indian subcontinent. Listed as a vulnerable species, the large mammal is primarily found in parts of north-east India and in protected areas in the Terai of Nepal, where populations are confined to the riverine grasslands in the foothills of the Himalayas. Weighing between 1,800-3,000 kilograms, it is the fourth largest land animal and has a single horn.

These rhinoceroses once ranged throughout the entire stretch of the Indo-Gangetic Plain, but excessive hunting reduced their natural habitat drastically. Today, about 3,000 rhinos live in the wild. Two-thirds of them can be found in Assam’s Kaziranga National Park, where our photo was taken.