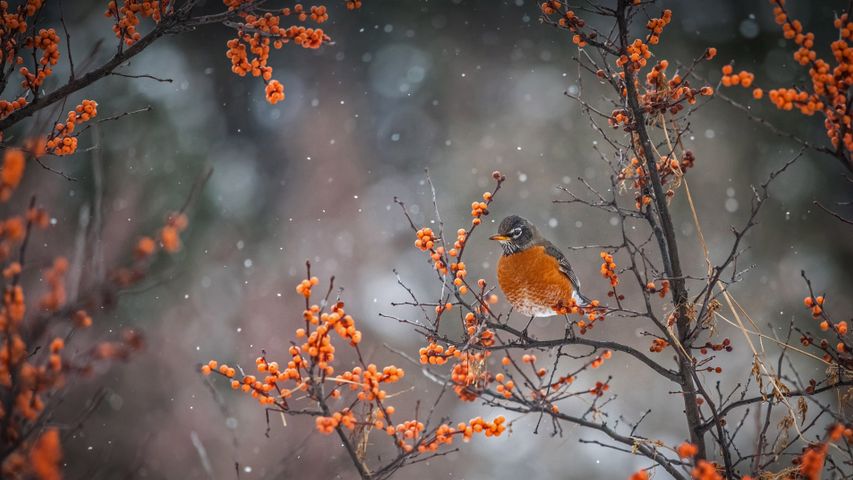 Season’s tweetings! Today is the first day of the 122nd annual Christmas Bird Count, said to be the longest-running citizen science project in the world. Between December 14 and January 5, tens of thousands of volunteer birdwatchers will participate in counts across the US, Canada, and many other countries in the Western Hemisphere. Organised by the National Audubon Society, each local count takes place in a 15-mile diameter circle, where volunteers follow a specific route to record and often photograph every bird they see.

One familiar bird that participants might spot is the American robin, although sightings are less common this time of year. Found in woodlands, fields, parks, and backyards across North America, this widespread songbird is often associated with the first sign of spring, but many robins are still around in winter. You’re just less likely to see them during the colder months because they spend more time roosting in trees and less time hopping across your lawn, as their diet shifts from earthworms and insects to berries and small fruits.