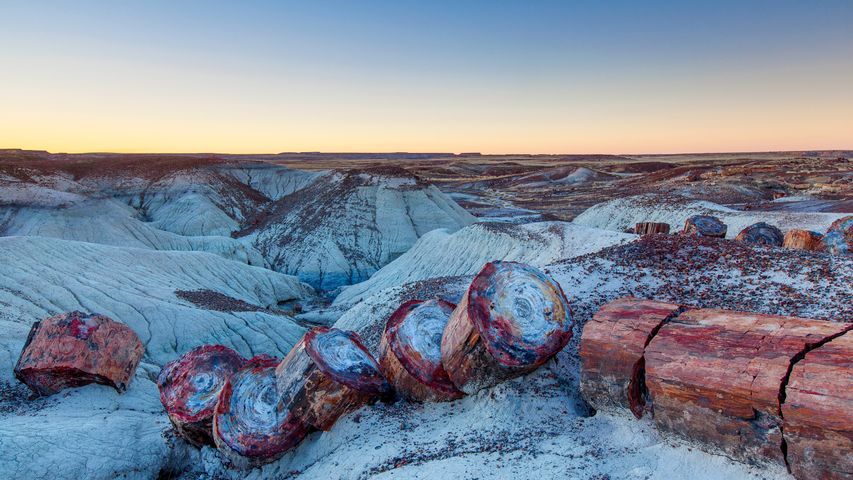 The burliest lumberjack with the best-oiled chainsaw couldn't slice the massive 'timbers' found in Arizona's Petrified Forest National Park. So why are these giant stone logs segmented in such symmetrical stumps?

Each of these smooth splits occurred in an instant as the brittle quartz cracked under geologic pressure. But each of those instants was eons in the making. First, 225 million years ago, the trees were buried by torrents of river silt. Then mineral deposits slowly seeped into the trees and replaced the decaying wood. Much later, around 60 million years ago, the entire Colorado Plateau began shifting, generating crushing forces that finally divided the petrified logs.