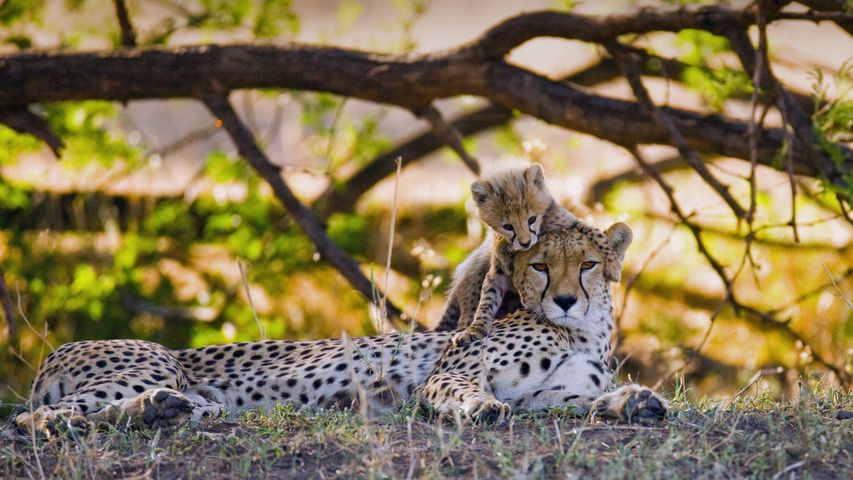 Today we're in Kenya's Maasai Mara National Reserve and seeing this elegant cheetah mother and cub. These lithe and lightweight cats are built for speed, with compact heads, thin torsos, and long legs that help them accelerate up to 70 mph when hunting gazelles or antelopes on the savannah. Because cheetahs have uniquely flexible spines, they're able to make sharp, sudden turns, even during a high-speed chase. Individual cheetahs tend to avoid one another, but a cub like this one will stay with its mother for about 18 months, and a female cub may stick with mom into adulthood. Some males are territorial and will form small groups, called coalitions, to defend a prized area.

Silhouette of camels against sunrise at Pushkar Mela