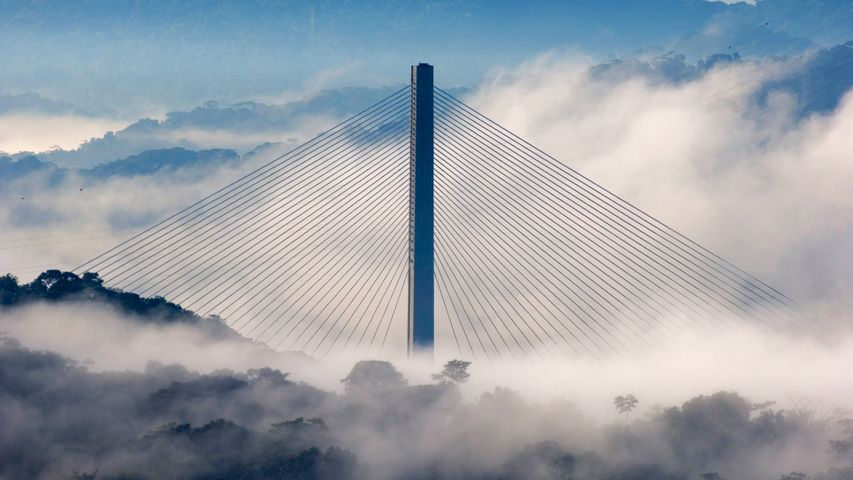 What do you get when you cross historic feats of engineering with unmatched natural beauty? This photo of a suspension bridge in a rainforest. Or more specifically: Panama, where the photo was taken.

Panama celebrates its Independence Day today – although, on this strategic, ocean-straddling strip of land, independence is complicated. When Panama broke loose from Spain on this day in 1821, it became part of Colombia until, backed by the US, it seceded in November 1903 just before the Panama Canal was built. (The Centennial Bridge over the canal, shown here, was finished in 2003 to commemorate 100 years since that event.) The US spearheaded building the international waterway and controlled it until December 31, 1999, when Panamanians finally assumed full command of the canal, one of Panama's chief sources of revenue.