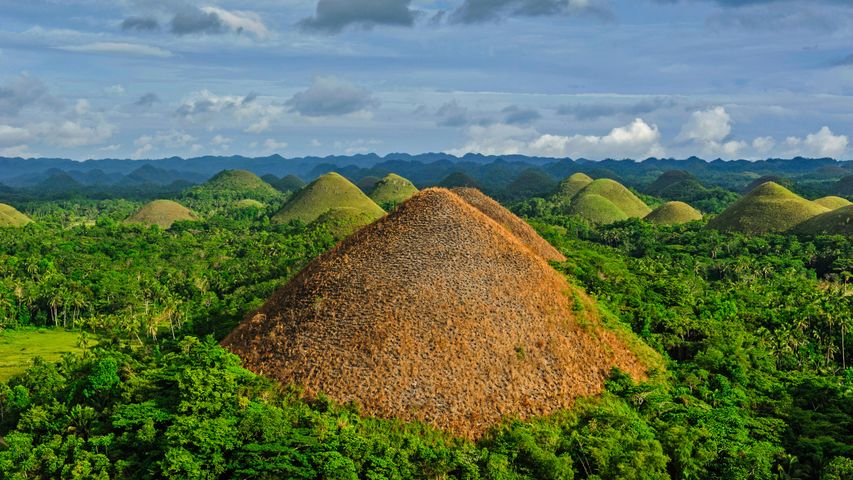 In late November, the dry season arrives in the Bohol province of the Philippines to create a magical confection: The green grass that covers these rolling, conical mounds begins to turn brown, transforming the area into what looks like endless hills of chocolate. At least 1,260 of these 'Chocolate Hills' are spread across about 20 square miles. The unusual landscape has become a robust tourist attraction, leading the regional government to construct a viewing complex amidst the hills in the town of Carmen.

Local legends tell several different origin stories for the hills. One suggests they're leftover wreckage following a battle between two giants. Another says they were formed by the tears of a heartbroken giant. Geologists offer a different story: The hills are a kind of cockpit karst—marine limestone deposits that were uplifted millions of years ago, then slowly eroded by wind and water.

A bald cypress in the Atchafalaya Basin, Louisiana