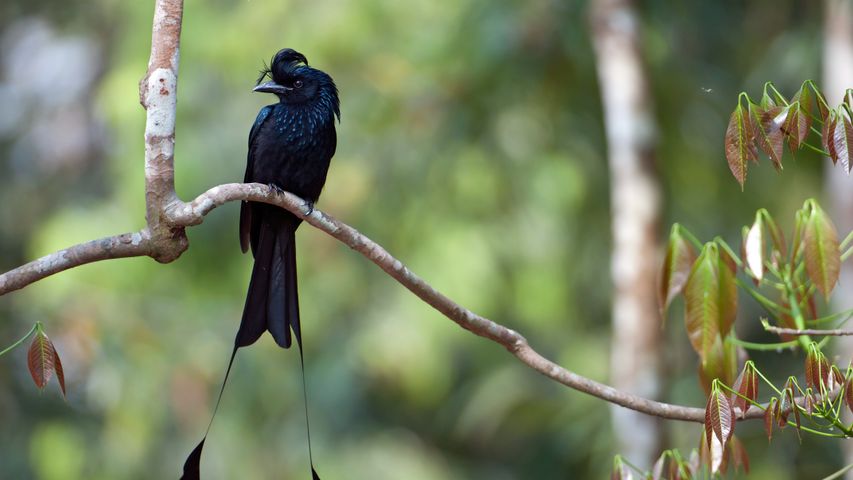 You are seeing the greater racket-tailed drongo, a name as long as its range of tunes and its special tail feathers. This is a fellow that will test and elude even the avid birdwatcher.

Glossy black with a plumed crest, the real kicker with this fellow is that incredible tail — two wiry outer feathers extend another foot or so beyond the edge of the tail, each one ending in a broad, racket-like feather. Hence the common English name.

The physical charms are one thing. Now, let us get to the bird’s even more dramatic claim to fame — its voice. There’s an air of cockiness to its head nods as the bird pierces through the forest’s quiet noises with a harsh chuckle that soon explodes into a series of metallic creaking notes; suddenly a mono or two-syllabled call transforms into a rhapsody of calls, a medley of musical screams, romantic trills, whistles, and hoots. It’s a one-of-a-kind solo orchestra!