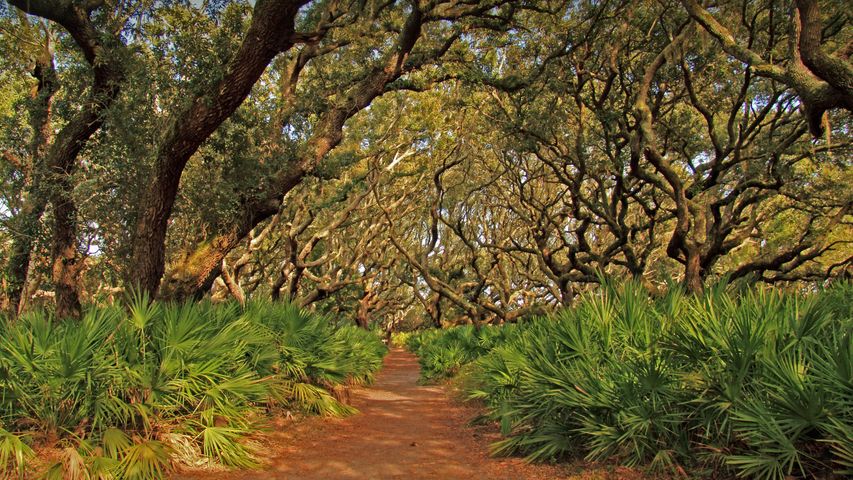 Along the southernmost stretch of the USA's Atlantic coast in the state of Georgia are several barrier islands, formed when sand is deposited parallel to the coast. Cumberland Island is the largest of them, about 17.5 miles in length. The island has been inhabited for thousands of years from indigenous populations to colonial-era settlements that included a large slave population. Eventually, Cumberland became a holiday getaway for wealthy industrialists in the 20th century, before it became a protected public land.

About 9,800 acres on the island are protected wilderness and the natural beauty of its maritime forests, undeveloped beaches and marshes add to Cumberland's charm. And a lush ecosystem supports the island's diverse array of wildlife, including armadillos, sea turtles, alligators and herds of feral horses.