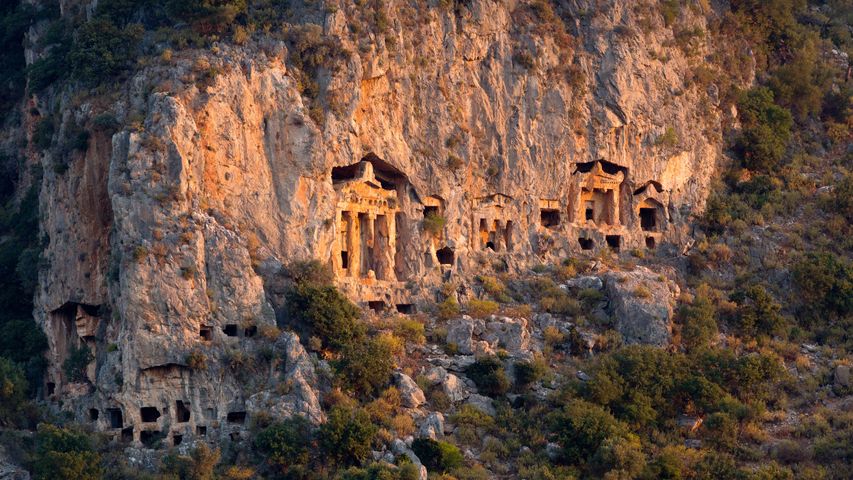 Among the remains of the ancient Anatolian port city of Kaunos are these carvings in the sheer rock walls above the Dalyan Çayı River. Overlooking the modern-day city of Dalyan, Turkey, what appear to be ornate cliff dwellings are really the weathered facades of tombs for the elite of a once-forgotten society.

With a history of human habitation going back almost 3,000 years, Kaunos has over the centuries found itself under Persian, Greek, Persian (again), Macedonian, Roman, Lycian, Roman (again), and finally Turkish rule—just to give you the highlights. But it was the sands of time that conquered the city once and for all: Silty deposits from the river eventually mucked up the port so badly it became useless. Gradually abandoned, Kaunos' location was lost to memory, and its rock-hewn Lycian tombs, monuments, and 5,000-seater amphitheatre were relegated to rumour until a British surveyor rediscovered the site in 1842.