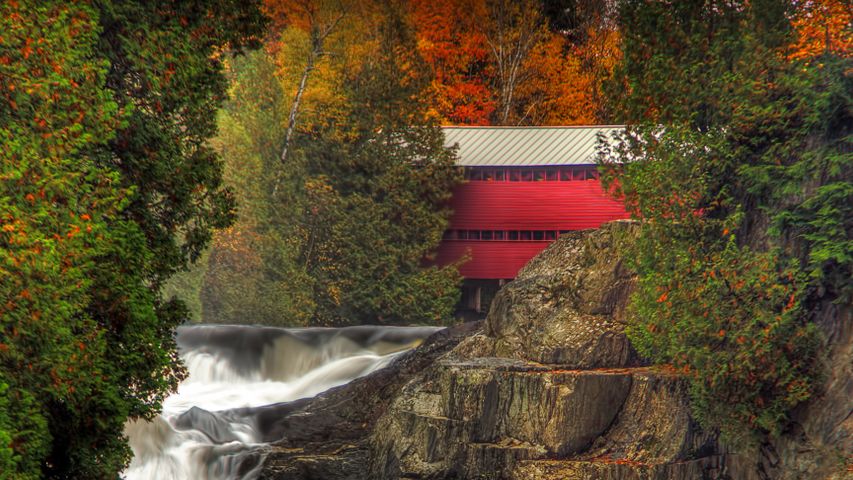 A bridge to the past. Pont Rouge

When the Pont Rouge (Red Bridge) of Sainte-Agathe-de-Lotbinière was built over the Palmer River in 1928, covered bridges were already commonplace here in Quebec. Simple designs imported from the United States allowed relatively untrained workers to quickly construct crossings like this. 'Ponts rouges' (often called this whether or not they were painted red) popped up wherever rural French Canadians required a convenient river crossing – as many as 1,500 were built between the late 1800s and the 1950s. Today fewer than 100 still stand, and some – like this one – are protected by local and provincial agencies for historic preservation.

Camels gather with their herders at the Pushkar Camel Fair, Rajasthan