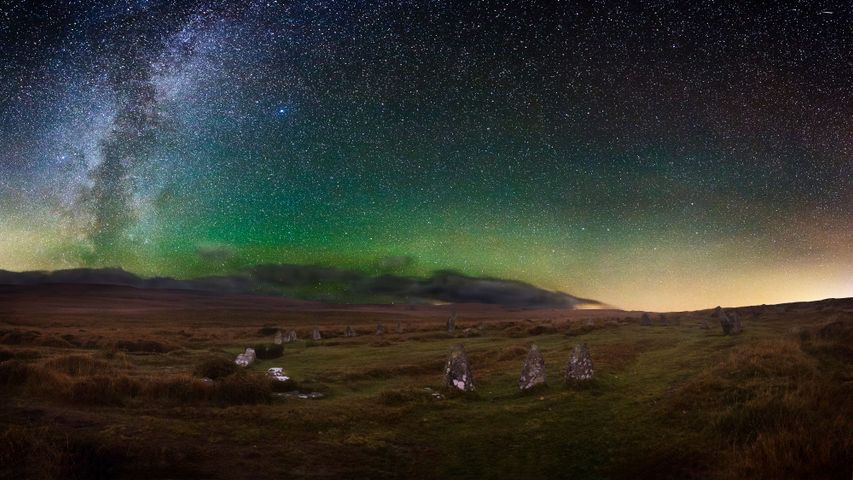 This celestial scene shows stars over the Scorhill Stone Circle on Dartmoor, which celebrated 70 years as a national park on 30 October. This vast expanse of open moorland in Devon is packed with archaeological treasures like this Bronze Age circle. It is one of many stone circles here, which often form part of larger ritual areas with other monuments like cairns.

Land boundaries, tracks and ceremonial monuments criss-cross Dartmoor, which has been used for hunting, farming and mining since early prehistoric times. Natural forces have shaped Dartmoor too. It is known for its granite tors – more than 150 of these striking rocky outcrops are scattered across the landscape, some of them more than 2,000ft (609m) above sea level. The whole park sits upon a batholith - a huge mass of granite formed about 280 million years ago, which lies beneath much of south-west England.

This wild landscape, often clouded in thick mists, was the setting for Arthur Conan Doyle’s The Hound of the Baskervilles and is rich in legends and folklore – not to mention being a great spot for a bit of star gazing.