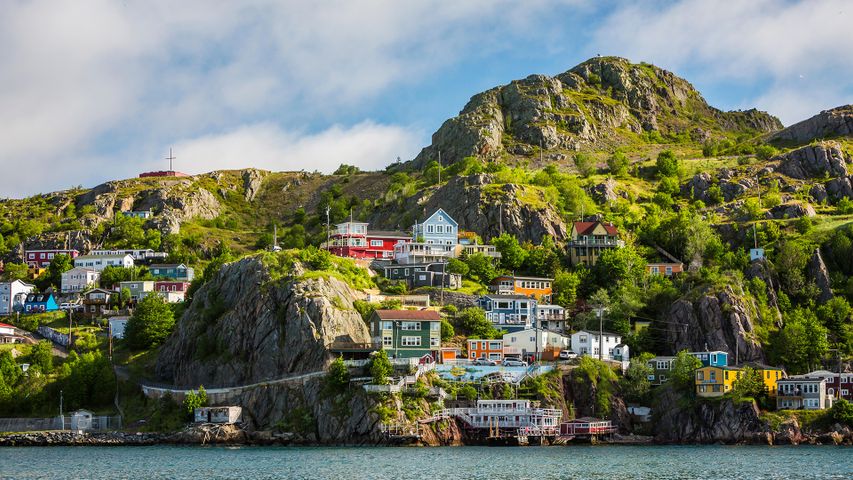 Today we're on the slopes of Signal Hill, which look over the city of St. John's in Newfoundland and Labrador, Canada. The neighbourhood we're looking at is called The Battery. It sits on the entrance to the harbour and is known for its steep streets and colourful houses. The area became known as The Battery when military posts were installed here to protect the harbour.

Signal Hill has been an important part of this area’s military and communications history. Long before radio was established, flags were used to signal the arrival of ships at the harbour, and the final battle of the Seven Years' War in North America was fought here in 1762, in which the French surrendered St. John's to a British force. This was also the site where Italian inventor Guglielmo Marconi received the world’s first transatlantic wireless signal in 1901. There is a tower at the top of the hill and coastal trails that offer spectacular views