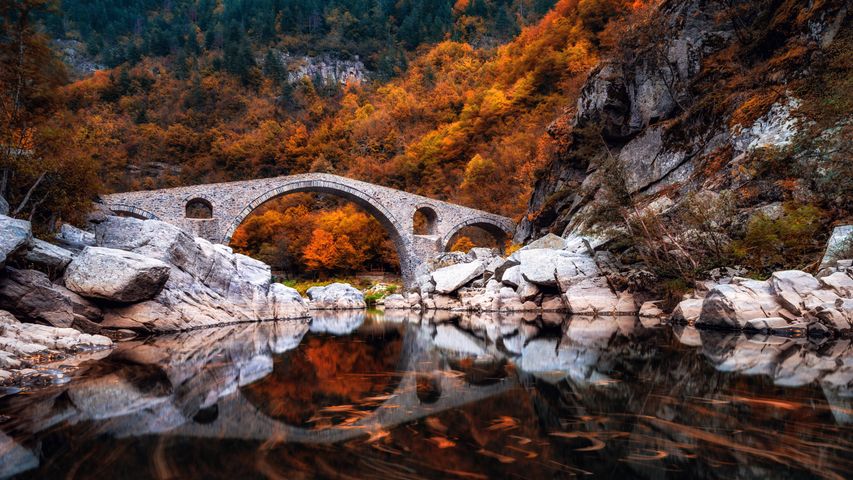 Info. Dyavolski most (Devil's Bridge) over the Arda river in Bulgaria

Dyavolski most (Devil's Bridge) in the Rhodope Mountains of southern Bulgaria was supposedly built by a Bulgarian stonemason named Dimitar, who was tasked with solving a bridge problem here in the early 1500s. Dimitar was hired to construct a bridge that wouldn't collapse into the rushing Arda river, as had all previous crossings in this strange spot.

According to legend, Dimitar made a deal with the Devil to ensure the bridge's strength. One version of the story says Dimitar was forced to encase his wife's shadow in the stonework, ensuring she would die when the bridge was finished. A spooky tale – but such supernatural doings might explain how the bridge has been standing for more than 500 years. Or could it be that Dimitar was just a really good stonemason?