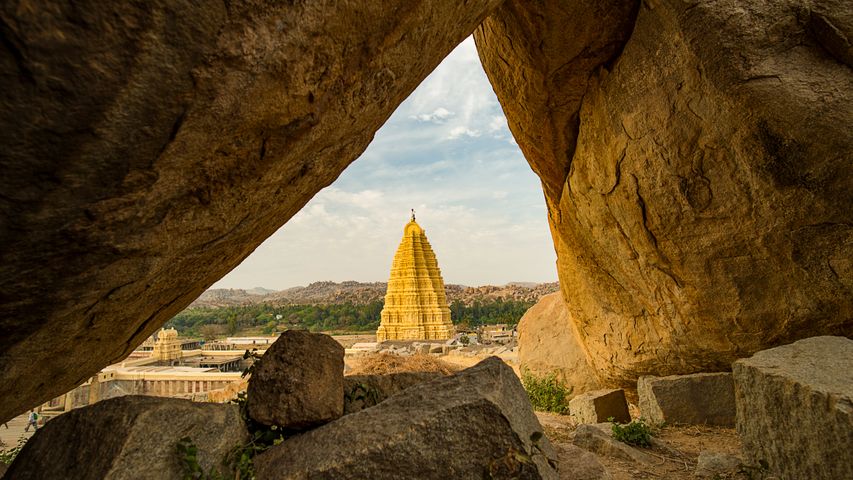 A temple dedicated to Lord Shiva

Virupaksha Temple is one of the most stunning landmarks in India and the main centre of pilgrimage at Hampi, Karnataka. It is part of the Group of Monuments at Hampi, designated as a UNESCO World Heritage Site. Built in the 7th century, the temple is dedicated to Lord Virupaksha, a form of Shiva.

Virupaksha Temple is carved in stone, and its walls, pillars, panels, and columns are decorated with beautiful carvings depicting episodes from Shiva’s life, different scenes from the Ramayana and the Mahabharata, and scenes from Krishna’s childhood. It is believed that the temple has been functioning uninterruptedly ever since its inception, making it one of the oldest temples in India. The temple has been considered sacred. It has survived through the years and never ceases to prosper.