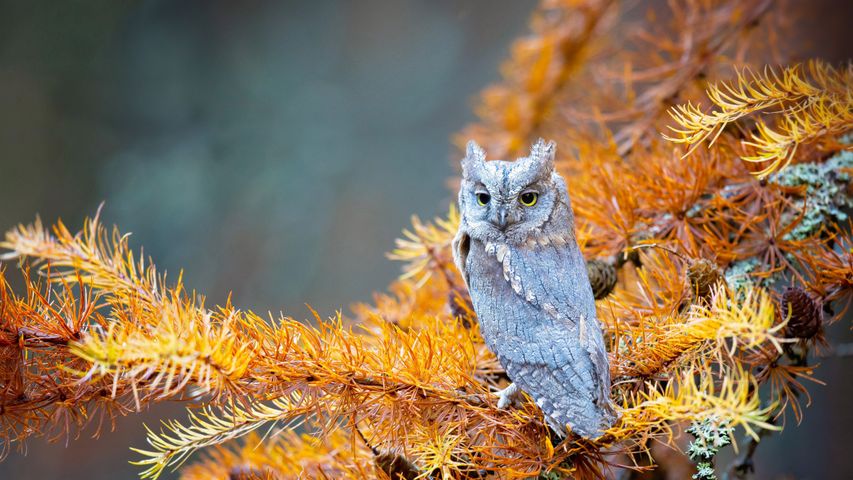 In the owl world, you’re either a member of the Strigidae or Tytonidae. That might sound like two warring houses from 'Game of Thrones,' but these are the two families of classification that make up the 200+ species of owls around the world. The Tytonidae family includes barn owls, which have distinct heart-shaped facial disks, while the larger Strigidae family consists of true (or typical) owls, most of which have round faces.

The Eurasian scops owl in our photo is a true owl and one of the smaller members of the Strigidae family. It is primarily found in regions of southern Europe, western Asia, and Central Asia and migrates to warmer regions in sub-Saharan Africa during the winter. It is a largely nocturnal bird, most active from after sunset to midnight. The owl’s bark-coloured plumage provides excellent camouflage during the day, when it roosts in shady trees and hollows.

Liquid nitrogen for National Chemistry Week, which runs from Oct. 21-27