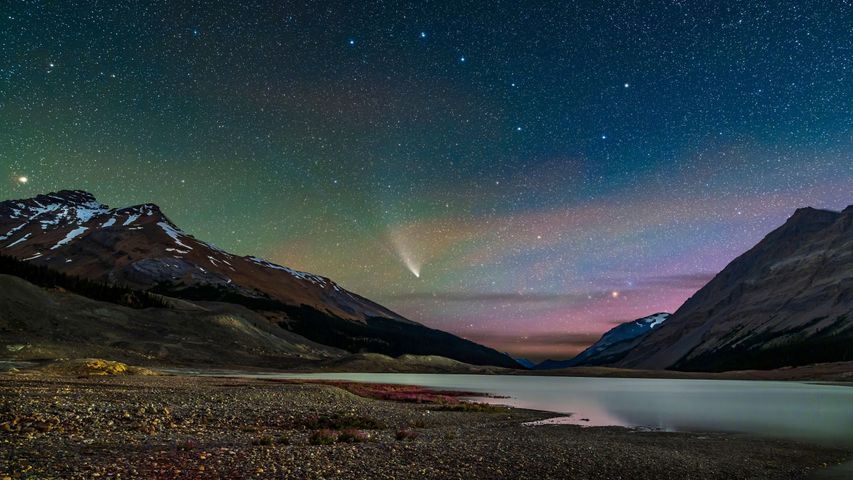 We're in Canada's Jasper National Park, one of the best stargazing spots in the world, to witness the Comet NEOWISE shooting across the night sky. NEOWISE, discovered on March 27, 2020, happens to be the brightest comet in Earth's northern skies since Comet Hale-Bopp became visible to the naked eye in 1997.

Look closely at the image (you may want to go back to the larger image on the Bing homepage). What else can you see? The photo on most screen resolutions will reveal the Big Dipper at the top of the image. On the far left is Arcturus, the brightest star visible in the Northern Hemisphere. That orange star on the bottom is Tania Australis, a binary star in the constellation of Ursa Major. And streaking across the skies are gorgeous red and green bands of color called airglow.

Each year in October, amateur and professional astronomers alike flock to Jasper for the Dark Sky Festival, a two-week extravaganza of speakers, stargazing, and celestial experiences such as seeing comets like NEOWISE shoot through the heavens.